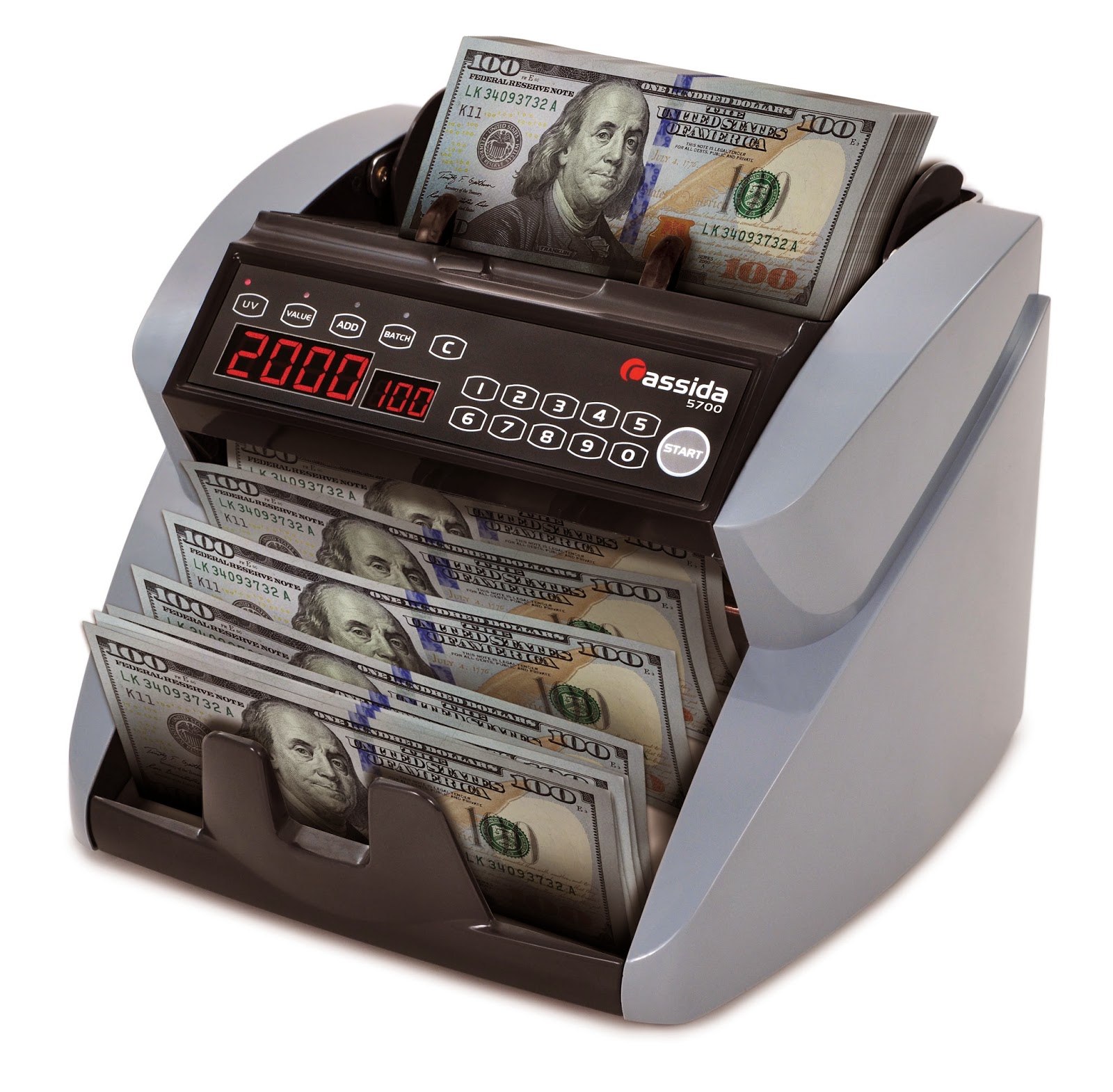 Cassida USA has announced the release of their new Cassida 5570 Professional Money Counter, and it features some pretty nifty new perks for those that much deal with, and count, large amounts of cash.

The Cassida 5700 Professional Bill Counter incorporates the industry’s first bill turner design, combining the ergonomics of a top loading bill counter with the economical design of a back loader. Now you can load money quickly and easily and then count at speeds up to 1,300 bills per minute. No more paying for a more expensive top loader, when this features is now built into a more economical money counter.

The 5700’s innovative bill flippers push bills directly into the hopper, eliminating the need for bills to be manually flipped, which is an industry first. Counting begins automatically when bills are placed on the hopper platform, similar to a top load counter. A large LED screen showcases the number of bills counted, as well as denominations and total count values, when using the available ValuCount™ feature.

ValuCount™, a Cassida exclusive feature that calculates the total dollar value of the count, even if counting different denominations, is also built into the 5700 automatic money counter. The 5700 ends the need to tally and track – and instead displays the value right on screen. While it is not a discriminating money counter, it can function as a lower cost version of one, with this exclusive technology.

And, like with other Cassida money counters, the Cassida 5700 includes available ultraviolet (UV) and/or magnetic (MG) sensors for the latest in counterfeit detection, as well as infrared (IR) error detection to keep your counts from having chain, half or double notes.

Accuracy, reliability, and ease of use are not the only advantages of the 5700 – its lightweight, compact design and integrated carrying handle make it easy to take it on the go, allowing you to count currency anywhere. 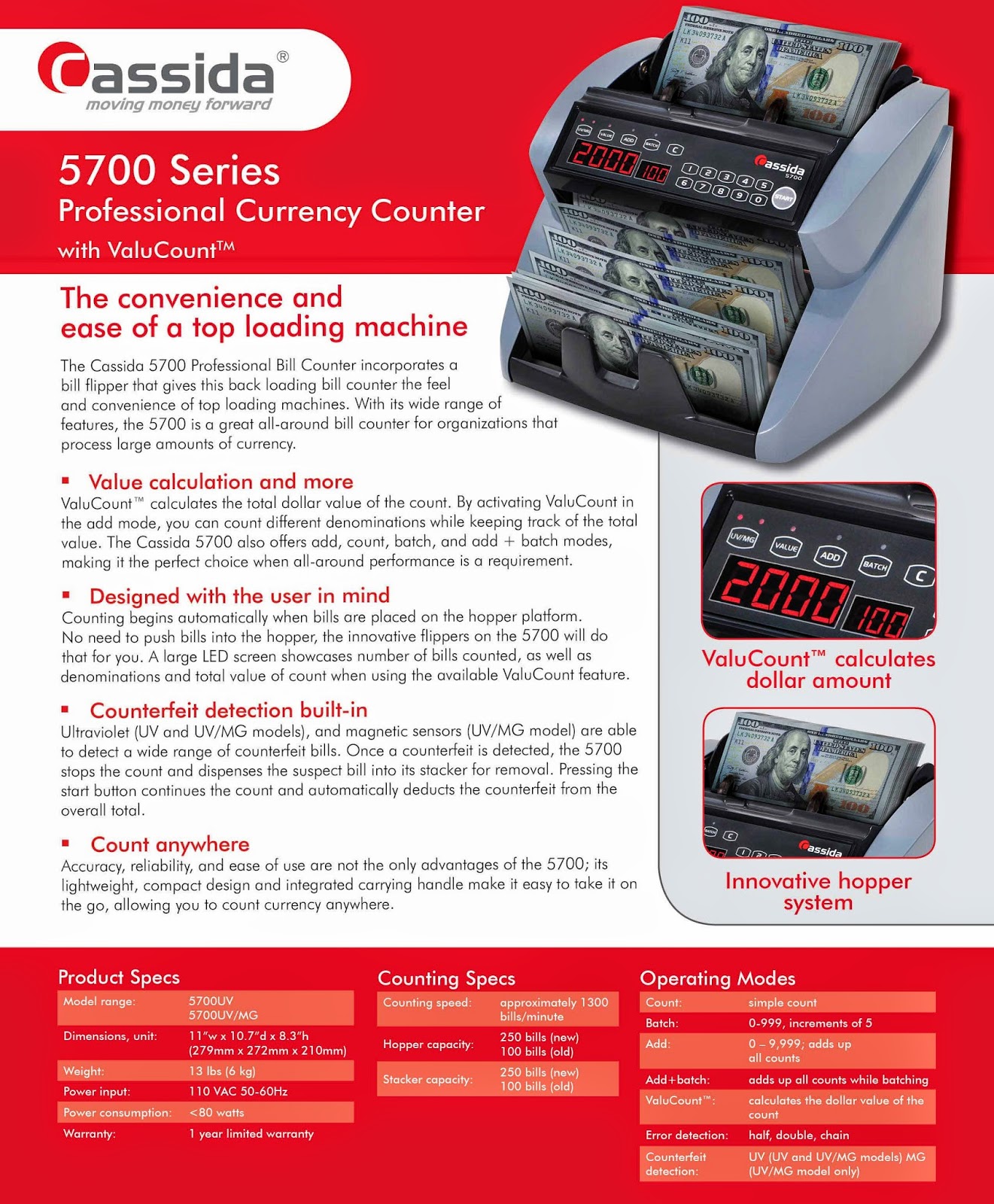 Learn More About How ValuCount™ Works in Cassida Machines